We all know the name Charles Darwin and how his discoveries changed the world however what is less well-known is his very first voyage and the way this changed his own life.

Enter a world of adventure.

As an audience, you are taken onboard HMS Beagle and sail across the world, witnessing first hand the evolution of Darwin. This show provides a unique insight into the battles 22-year-old Charles Darwin (Bradley Foster) faced when reaching for his dream. Striving for acknowledgement in a prestigious community, acceptance from his father (Robert Darwin played by Ian Houghton) and mutual love from Emma Wedgwood (Melissa Vaughan).

The Wider Earth is London’s newest family show and has all the elements a parent would wish for. It’s entertaining, educational and a perfect way to round off a day of learning at the Natural History Museum. This was something I loved the most about the show, it’s setting. Tucked away down one of the grand corridors, the auditorium is situated right next to The Darwin Centre. A perfect pairing.

Lets get onto the show. There were many aspects I enjoyed. The story did exactly what it said it would do. It presented the buildup to Darwin’s first voyage, the voyage itself and then his return. Five years of someone’s life told in two hours. The script had a very comfortable pace. There were no moments that felt rushed and it was definitely presented at a level suitable for all ages. My only criticism would be that the characters were very bland. I didn’t feel much characterisation. 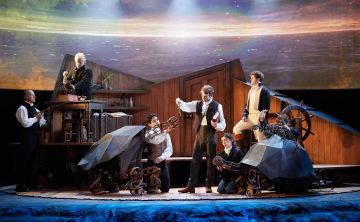 The set was brilliant. It really helped to create an incredibly smooth transition from scene to scene. The rotation also helped to provide the feeling of traveling. There were a couple of transitions where the cast continued acting on the ‘rock’ during the rotation giving the impression they were exploring a new foreign land. It was brilliant, don’t get me wrong, however after a few scene changes the transitions felt a little repetitive and it definitely lost its wow factor.

My favourite element of the show had to be the puppets, I just wished they had more stage time. The design of the puppets was in the form of simplistic mechanisms.  You could see the structure of the inside of the puppet and route of movement. To incorporate the puppets didn’t require additional cast and crew, the cast members you saw onstage also evolved into puppeteers! Watching it on stage was beautiful. They became this extra limb for the puppet/animal displaying all the associated characteristics. 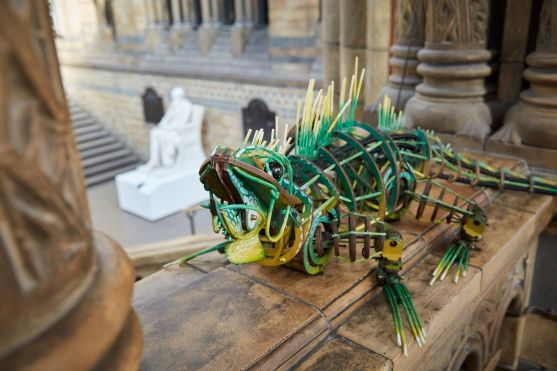 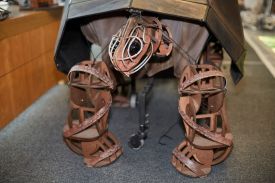 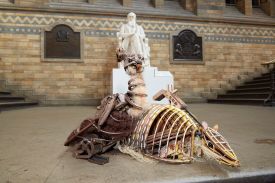 Sound and light was something which really added depth to the show. Throughout, there was an amazing backing track easing the plot through its own organic growth but also, when needed, heightened the intensity. One scene which really sticks out (without giving to much of the story away) was the moment HMS Beagle capsized. The stage and auditorium were a wash of rippling shades of blue. Completely submerged. In fact, replaying that vision whilst writing this, I can easily say that was my favourite scene in the show. So many actions perfectly executed; the sound, the light, the slow motion acting from the cast.

Looking at the whole package it is clear to see why the Natural History Museum was selected to play host to The Wider Earth. No other venue would do. 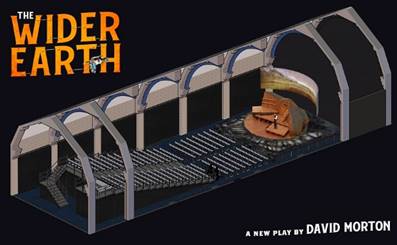 Be sure to see The Wider Earth which is calling the Natural History Museum home from now until February 24th 2019. Did I also mention that children go free when paired with a paying adult ticket? It’s true, they do! More information on the show and tickets can be found at: http://www.nhm.ac.uk/visit/exhibitions/the-wider-earth.html